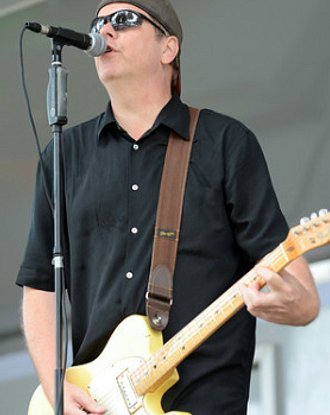 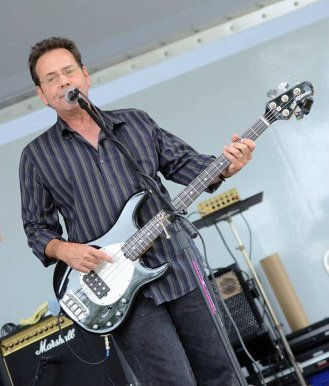 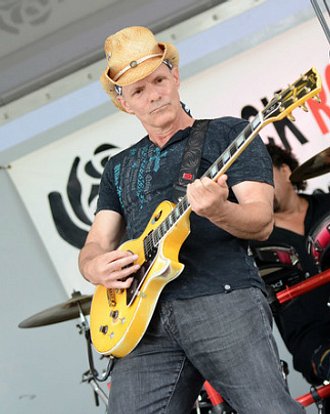 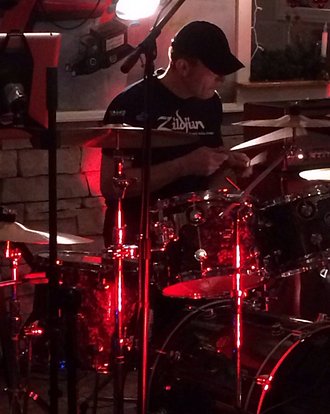 VLAD HELDAK – is a drummer fluent in many different genres of music. Born and raised in Slovakia-Europe, Vlad started on the drums early in his teenage years. In Slovakia, he played in cover bands, before moving to New Jersey in 1995. Before joining Black Rose in 2017, Vlad previously played in the bands "Till Now", "Remedy" and "The JT Trio", as well as a few other cover bands. Deep Purple, Van Halen, Shinedown, Aerosmith as well as Bon Jovi are a handfule of Vlad's musical influences from the 1980's to today's music. As the drummer in Black Rocse, Vlad completes the line-up with extensive experience in every genre of music.

LOUIE "SPECTOR" TEDESCO – Lead Guitar/Vocalist. Lou is the latest addition to the Black Rose Band. Having been a founding member of the band ‘The Touchables’ that played the NJ/Tri State area club circuit during the late 70’s early 80’s, Lou comes to us possessing a vast amount of stage experience. The Touchables were the first New Wave / Punk rock band to break into what was then known as the Hard Rock Band ‘A Rooms’. The band went on to become the top New Wave band in the State packing the clubs 6 nights a week. Lou was also a principal writer of the original tunes the band recorded and performed. During this time Lou shared the stage with such notables as Bon Jovi, 38 Special, John Waite, Huey Lewis, David Johansen to name a few. Lou’s musical influences include The Beatles, Stones, Yes, Led Zeppelin, any and all New Wave 80’s bands.

In recent years Lou has performed with Drama, Bad Kitty and NJ’s Most Wanted Band. His passion for music is evident in his playing and we are happy to have him join the Black Rose band.

TONY DECARLO has had a love for music since he was 8 years old. By the age of 14, he switched from guitar to bass, because there weren't many who played the instrument in the middle and high school rock bands at that time. This change afforded him the opportunity to play with some of the best musicians in the area. In 1975, he joined New Jersey based Rock cover band "Nasty Lass" and played throughout the tri-state area for the next several years. Tony has opened for notable artists like "Twisted Sister", "White Tiger", "The Good Rats", "Rick Derringer", and "The Ramones", to name a few. In 1979, the Aquarian news paper voted "Nasty Lass" the #1 most popular rock band on the New Jersey night club circuit and the band was later interviewed by Rutgers radio disc jockey, Matt Pinfield. In 1980, they recorded their own original material at The Record Plant in N.Y.C., where John Lennon had just recorded his last album a fews weeks prior. In October of 1980, Nasty Lass opened for Judas Priest at the Palladium in N.Y.C. Then Tony took some time off to raise his family until the year 2000, when a close friend asked him to join his Rock cover band, “Black Rose”, which is still playing the central Jersey club circuit til this day. Tony's musical influences range from Beatles, Ritchie Valens, Led Zeppelin and Stevie Ray Vaughan, to some of today's artists like Green Day and John Mayer. His love for music enables him to play many styles including blues, country, rock and roll, and jazz. Tony is a true musician and a veteran of the Jersey music scene for over 40 years.

BRENDAN HYNES , lead vocalist and rhythm guitarist for Black Rose is a 30 plus year veteran of the New Jersey club circuit. Brendan grew up in Edison, NJ performing at high school dances and parties before graduating to bar bands. In 1976 Brendan became the lead singer of Nasty Lass which went on to be one of the most popular rock club acts of the mid 1970s to early 1980s, playing hundreds of gigs each year throughout the tri state area. The band was voted the #1 rock band in the Aquarian Weekly band contest for 1979. In 1980 Nasty Lass decided to take a break from their grueling club schedule to spend more time working on and recording their own material. After a 6 month hiatus they released their first single and began playing original venues in NY/NJ like CBGB, The Palladium, Great Gildersleeves, The Stone Pony, and The Dirt Club. A few of the acts that Brendan has opened are Judas Priest, The Ramones, David Johansen, Twisted Sister and The Smithereens. After a 20 year break, Brendan was reunited in 2003 with former Nasty Lass band mates Tony DeCarlo and Roger James in Black Rose. Brendan's early musical influences were Led Zeppelin, David Bowie, Aerosmith, Rolling Stones, Mott The Hoople, Humble Pie, and anything else that ROCKED. He currently plays a 1970 Fender Telecaster through a vintage 1977 Mesa Boogie Mark ll. Brendan also plays keyboards.

the band - the official site!